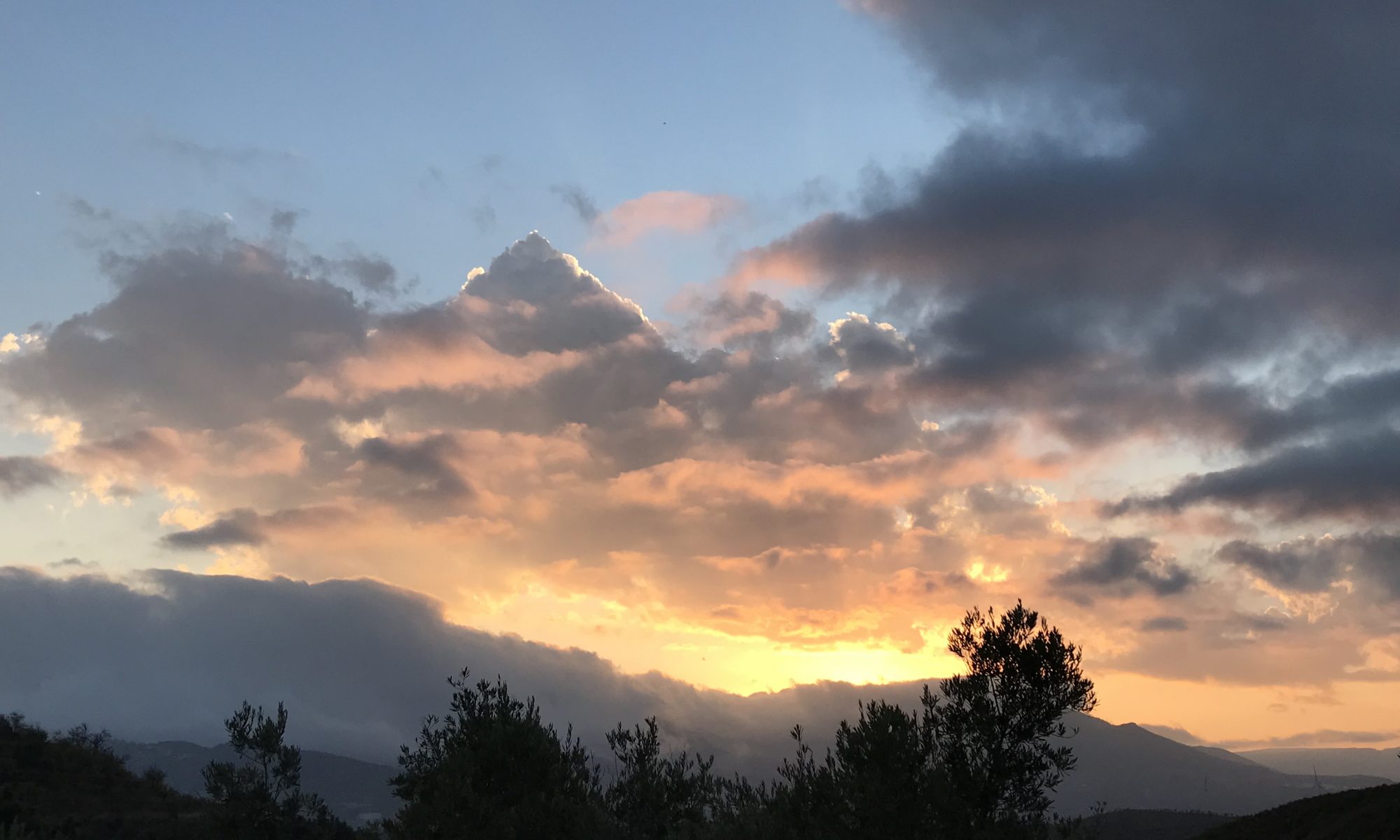 You’re right…. it’s been a while since you’ve seen a new post here.  In fact, it’s been over a month since my last confession… ahem, post… but like all procrastinators, I have a good reason.  Life got super, crazy busy… and I simply ran out of steam.

The sale went through on the 30th July 2018 and we became the proud new owners of our wee miracle home… the full story is coming soon… I promise… because it was one helluva day!  A day to be celebrated and incomprehensible bureaucracy marvelled at.

We didn’t actually move in until the 1st of October, because there was no electricity, no water, no nothing… and we still had 2 months left on our rental.  There was a huge amount of logistics to be put in place before we finally stepped over the threshold… and it was a tough time of going back and forth, back and forth, trying to co-ordinate non-co-ordinating Spanish plans… and in the middle of all that, Sir Maxelot started to go rapidly downhill again and I was working online and had a wonderfully crazy,  busy run of bookings for healings.

What should have been an exciting time, turned into a marathon of endurance and positive attitude.  We were already exhausted by the time moving day finally came round… and we weren’t even sure if we would be able to get a poorly Sir Maxelot into the car.  That is another miracle to be shared on another day!

Once in the hoose, we literally collapsed as we hit the ground running… had a massive storm and massive flash flood in our first week… the septic tank blocked… we still have no running water… but we do now have the humungous water deposit built to store the water… when we can eventually fill it.   And I’m very relieved to say that our solar power works an absolute treat and the Chatty Cathy setting just keeps telling us what’s being done, stored, powered up, used and basically keeping us novices, right.  We did however learn that starting up a hoover trips the whole system.

We’ve been on a very steep learning curve and it feels that we’ve learnt everything the hard way.  There have been many moments where we started to wonder WTF have we done.  Quite simply, everything has continued to escalate day after day after day.  Some great stuff has happened.  And some really, not so great stuff has happened.  But this is what we signed up for when we chose to leave our conventional Scottish life behind and start afresh in Southern Spain.

But we are here…

in our forever home and it’s ours!

Because there’s so much to share, I’ve opened up a Namaste This Blog Facebook page and Namaste This Blog Instagram account.  This way there’s daily in the moment posting, updates, insights, despair and celebrations… even before all the really juicy ‘stuff’ gets officially blogged.