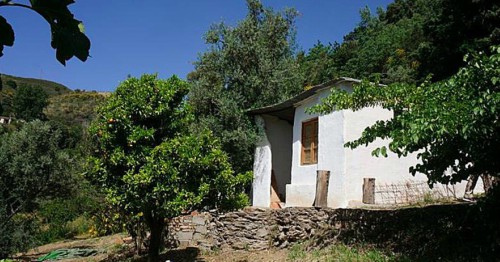 First of all … nope… we haven’t sold THE flat.  It’s a subject that instantly raises blood pressure and puffs up the growing bags under our eyes.  But we are still breathing and surrendering to this unforeseen flow… and we ARE still going.  C’mon Universe!

It was back in June this year that we went on our first exploration into the Orgiva and Lanjaron area of the Alpujarras.  We landed in Malaga airport late at night.. .secured our dinky little hire car, which flummoxed me with its push button ignition and everything being back to front… did a U turn where we shouldn’t have… went round a couple of roundabouts a couple of times, christened Google maps as the “Beatch” and eventually found our overnight budget hotel, just a few minutes away.

We awoke fairly refreshed and eager to get on the road.  It’s only a 90 minute drive from Malaga and the roads are blissfully smooth compared to Edinburgh.  We flew up the motorway (unwittingly gaining a speeding ticket that landed in our post box a month later) but… wow…. the scenery was just stunning.  I got goosebumps.

But, here’s something I have never publicly shared before…

Despite my generally wuwu, calm demeanour, I am not your ideal passenger.  My Gorgeous Man being the traditional gent that he is, likes to do the driving for his wild woman… and I’m actually very proud to spill the beans that MGM has a racing driver license (albeit lapsed from our days in Hong Kong) and is a bloody good behind the wheel.  He’s one of those ‘annoying’ people that can reverse park… perfectly… in one go.  But despite all of that… I’m still a nightmare of a backseat driver who puts her foot through the footwell on the imaginary brake and takes sharp intakes of breath at all the near misses… which are nowhere near, near misses.

And in Spain, it was mega magnified.  It became very obvious that if MGM and I were going to live happily ever after, then I was going to have to get a grip.

And it all came to a head on certain property hunt.

We met the estate agent by Lanjaron’s town square fountain on a very hot sunny afternoon and he happily suggested he come in our car and direct us to the property.  He was a charming,  retired ‘old school’ English gent wearing a spotless panama hat and there was no way he would fit into the back seat of our little bubble of a car… so I happily took up that prize spot while he settled into the front.  The 1.4L engine roared into average slowness and up the tiny lanes and concrete single tracks we began to crawl.

We were going to see a more remote property in the mountains that was in need of renovation… there was plenty of land for veggies, orchards, dogs… and it was in our price range.  Our interest was piqued and we were looking forward to seeing it.  It was going to be about a 30 minute drive… and we had been reassured that the private ‘un-concreted steep mountain track’ as its access, wasn’t actually a problem for a normal city car.  No Chelsea Tractor or LandRover Defender needed.  Yay!

Well, this turned out to be a slight untruth in the hugest, most humungous, frikking proportions.

But the fact that we are still alive to tell the tale, I suppose does give it a grain of truth.

Anyhoo… we wound around the mountains and I took my silent intakes of breath, clutched at the seats and then huddled down to bury my attention into Facebook, as MGM and the agent amiably chatted away.

Finally we turned off the tarmac and onto the dirt track.  We were getting close I thought.  But I was wrong.  MGM had the car in second gear as we bumped, slipped, clunked and prayed our way along this track… which mightn’t have been so bad if there hadn’t been a steep drop-off to one side.  One false move… and we’d be playing Alpujarran roly-poly.   I found myself getting hot under the collar even though I wasn’t wearing a collar… and even worse than that… my mobile signal weakened to the point of nothingness.  Not even inane Facebook scrolling could save me now.  Our little hire car was learning a big life lesson of its own limits.  I felt totally vulnerable, totally out of control and nasty beads of hot sweat started to trickle down the back of my neck…. and dare I say it, down between my clenched buttocks.

And then it got worse.

We reached the steep bit.  My first thought was “FFS… are you f*cking kidding me???”  It was steep, very steep… still with the death drop to one side and tyre ripping rock to the other.  All of my decorum abandoned me as I stifled the profanities that I wanted to scream out.  I could feel MGM immediately tense up and focus… and intensely ignore my expanding, energetic panic within the confines of the car.  The agent, amazingly, seemed oblivious as he continued his affable verbal diarrhoea of God knows what.  What made it worse was that the dirt track was becoming even more deeply rutted where vehicles had driven back and forth over the years… where seasonal rains had further eroded bits away… where dirt and rocks and shifted and where, if we weren’t careful, our little city car could actually ground itself on the middle.

Deep panic welled up… and kept welling up.  We edged forward in first gear.  We skidded.  We juddered, We bumped.  We scraped and ground against the ground.  Tears welled up from my terror and lack of control and I was now sweating like a frikking racehorse.  I couldn’t look out the window because as stunning as the view was, it was certain death out there.  I couldn’t speak, because I didn’t trust what would come out.  There was nothing for it, but to close my eyes and pray my sweaty ass off to the angels, fairies, Ascended Masters, guides, light beings, star beings and any frikking miracle worker that would just help us make it down to the frikking property that I no longer wanted to frikking see.

I knew I had to pull myself together…
So I began to do some deep breathing and decided that the best thing I could do was to connect with my gang upstairs and totally zone out of planet earth’s present reality.  I knew MGM knew I was struggling… but I also knew that I had to totally leave him alone so he could save us from this track from hell.
A major freakout would not be helpful. At all.

By the time we got down to the property, I couldn’t have given a damn if it was our dream come true with original features and fireplaces (my things), swathes of wild meadow flowers (another of my things)… and an outdoor shower (you guessed it, another of my quirkier things) because there was no way I was ever, ever, ever going to come to terms with that track.

I prised my paralysed muscles and body out of the back seat, prayed that my profuse sweating hadn’t soaked through my linen trousers, thanked my team upstairs for our miracle survival and tried to be very spiritual and forgiving towards the agent.  I obviously didn’t try hard enough because I found myself asserting that the track was in no way suitable for a small town hire car and he should never have allowed this to happen.  MGM magnanimously stepped in, knowing that I was not very successfully masking the depth of my trauma and could potentially and unpleasantly pop.

I very rarely pop… but when I do, it’s not pretty.
It’s real… but it’s still not pretty.  I heard MGM saying that “I think my wife (I do like it when he calls me his wife, even though we’ve not actually done that deed) has had a sense of humour failure so the house is already a no go.”  He did me a great favour… because we all still had to somehow get back up that track together.  And alienating the local estate agent wasn’t really going to help us find our new home.

Sadly, the house did have quite a lot of potential and a bizarrely strong phone signal, which is THE top requirement on our list.  Damn that track.  Damn.  And damn the fact that we had to go back up it.

I have no idea how I actually got back in that car because in my mind, I was walking back up.
All I can remember was our little bubble car stalling… wheels spinning… a very loud, worrying, grinding crunch from underneath… and the agent bravely telling MGM he was driving too far over to one side… and then offering to get out so the exhaust wasn’t continually dragging against the dirt.  It was not a good time.  Suffice to say I was just visualising our survival long enough to find the nearest bar.

Our English Gent of an agent never stopped talking and we couldn’t help but like him… but after we finally reunited him with his car… we looked at each other in silent, telepathic, WTF disbelief….and yes, we headed for our newly found favourite pitstop.

It was one of the best ice cold ‘cervejas’ I’ve ever had.  And the next one was pretty damn good too.  And so was the tapas that just kept on coming.

We had survived.  Spain wasn’t so bad after all.

MGM you are my hero.

PS
Top Tip for empaths and sensitives who suffer similar ‘passenger aversion symptoms.’
Take a minute to tune in to your aura and how far it extends out from your body… and then consciously pull it right back inside the car and close to your body.  I couldn’t believe the difference it made!!  YAY!  No more ‘crashing or near misses’ at 50ft… my antenna’s reach and spacial awareness had been wound back in!

HEALING with SALLY & the STAR BEINGS 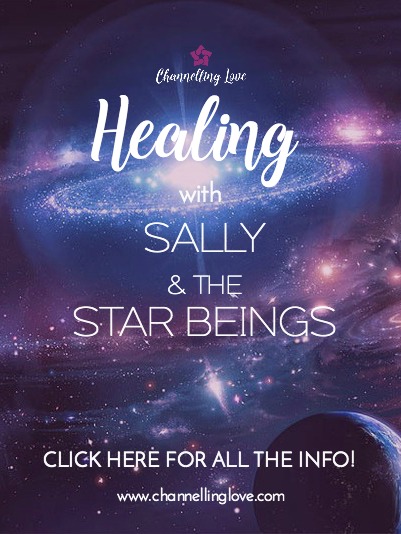 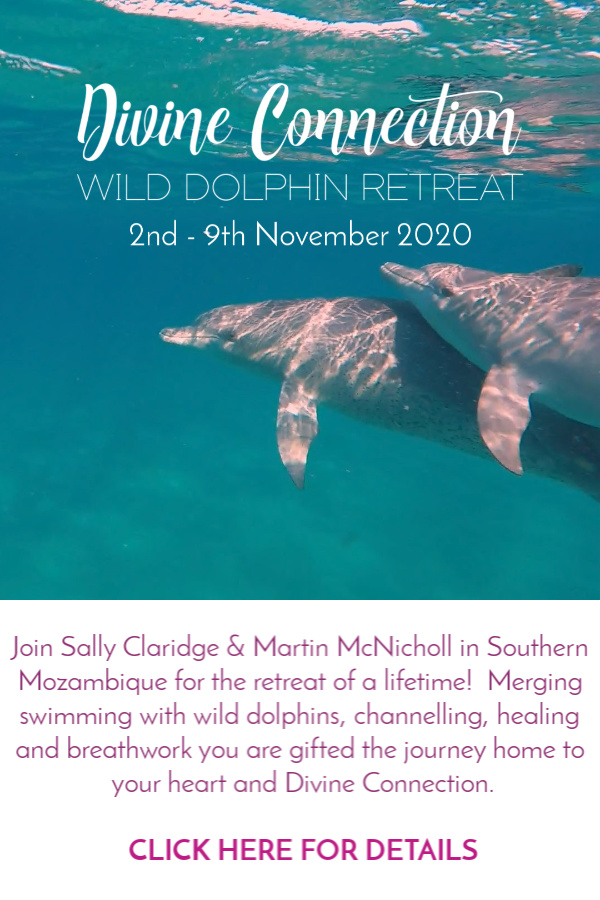 Real life adventures as myself, My Gorgeous Man and our rescue greyhound Sir Maxelot follow our hearts into off-grid life in the Spanish Alpujarras.