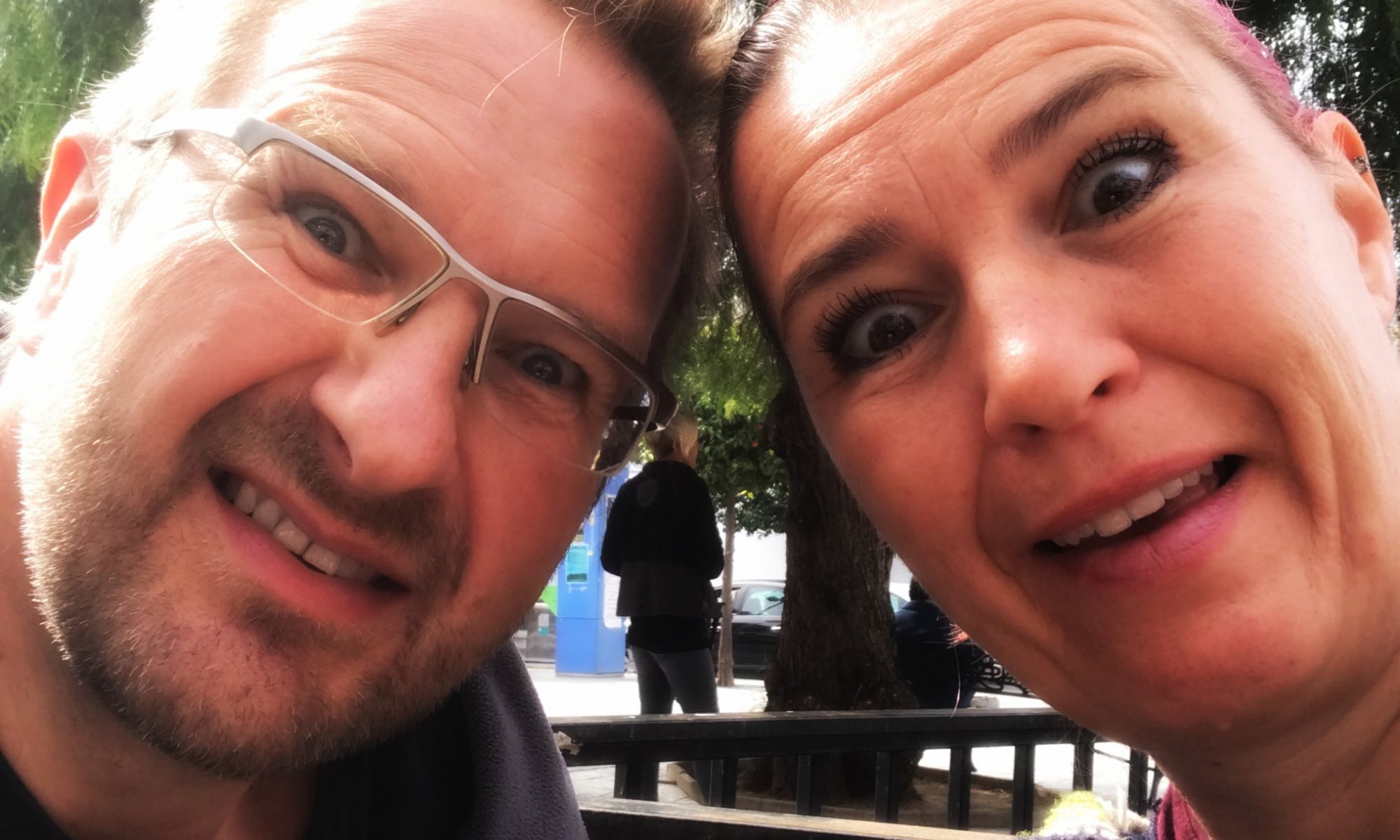 FFS Universe… you move us in to our new dream home… let us fall in love with it, settle in and believe we’re starting a positive new Spanish chapter… and then you turf us out just weeks later.  Just WTF is going on?

After a really shitty January and February (as shared in my last blog) where I was questioning everything and struggling with my mindset and a deep physical and emotional fatigue… we really thought our new home heralded a brand new beginning on all levels.

We had moved in at the end of February… and within a week I was flying back to Scotland on pure adrenaline to share a mini tour of Channelling Love Circles that had been arranged for quite a while.  It was amazing, exhausting and wonderful to share the healing circles.

It was especially wonderful to spend time with my bestie Jenny who nursed me through a migraine, let me snore on her sofa, drove me to and from the Dundee Channelling Circles, cried with me over chick flicks and let me fall in love with Oscar, her new dalmation puppy.

But the truth is that I landed back home in Spain in even more of a heap… and I only had a few days to rest, pull myself together and prepare for hosting March’s Spanish Retreat… which had also been arranged for months.

I really had over scheduled myself and I was struggling physically and emotionally to keep going… but being in the new house, was part of what helped me keep going… and also having my other bestie Jo, staying with us to help with the retreat, was also a massive boost… plus the ever present strength of my MGM.  I was one very lucky but very knackered wuwu Goddess.

The retreat was magical… the Star Beings came through as always with their huge force of love, healing and transformation and it was humbling to see the shifts that the women moved through.

I LOVE my work.

And I LOVE holding these retreats.

The emails I’ve since received from 2 of the women, remind me why I do what I do… and why I keep doing what I do.

But in the back of my mind I kept saying…. “I’ll be able to rest up after the retreat finishes,”…. “I’ll be able to lie on the sofa in that lovely comfy living room… enjoy the gardens… enjoy the views… sit out on the terrace with a cuppa… relax…. recover… focus on me for a bit…. truly land, settle and set down my roots in the cortijo’s lovely energy”

Turned out that I couldn’t and wouldn’t.

In the days that followed the retreat, a whole new level of emotional turmoil unfolded.

We had always known that the dream cortijo we had moved into was for sale.  It had been up for sale for at least 7 years and the general consensus was that it wasn’t going to budge.  So we felt pretty secure.

The owner was an amazing, retired, English, eccentric soul.  She had lived in Spain for many, many years, become a Sufi, brought up her children alone in the Cortijo and she had been one of the first pioneer expats to settle in the area.  She lived the high life in her early years, turned her back on it, survived the struggles, faced her demons and moved through the tough times… and now being of the age where mortality looms and a great big property becomes a burden, she was looking to secure her future through selling her land, the cortijo and the small casita she lived in next door.  We had became very, very fond of her very quickly.

Her life stories were the stuff that books are made of.

So when there was a flurry of house viewings within our first 2 weeks, we were a bit shocked to say the least.

And on the third week after our arrival, when one of the viewers, charged across the garden to shake our hand while we sat outside with Sir Maxelot … it was like our home had been violated and both My Gorgeous Man and I felt our stomachs drop.  This was different.  When we later spied her through our kitchen window, throwing her arms around our landlady and squealing with delight… we knew our gorgeous new home had been sold.  And we were proved right.

The next day we received the call from Alix, asking to meet for a coffee and to talk about our situation.  She brought muffins with her… not a good sign we thought.  In all honesty, they were as tough as old boots… just as she had wryly warned us.  But not wanting to lose our home we chewed patiently on them with a polite smile.  At least she hadn’t baked them.

She will never know how much we wanted to be able to make her a better offer… but as we are still living our life on a wing and a prayer, we could only share our congratulations and hugs for her success and cry silently on the inside for our own loss.

The next day, we signed the legal document serving us 8 weeks notice.  We had till 20th May to find a new home.

I decided that I couldn’t keep up the positive and uplifting presence on social media and within my free Facebook group The HEART of HEALING, so I shared a livestream there saying that I needed some space… and then went dark.  It was a huge relief to step back.

It turned out that the new owner was on a mission to move and she wanted in by the 2nd April.  That gave Alix just over a week to pack up her family home of 30 years and leave.  And she agreed to it.  It was easier to just get on with it.

She was however, genuinely feeling very uncomfortable about our situation so we asked her if she thought there was a chance that the new owner would like us as tenants in the casita.  Alix said there might be.  But we received a flat, in person ‘No’ when the new owner unexpectedly turned up on our doorstep the next day…  and our hearts sank as the realisation hit that we would be house hunting in the run up to the crazy summer months of very profitable short term holiday lets.

So there I was, struggling through what I thought was exhaustion with the chronic symptoms of adrenal fatigue… and the prospect of now not having any down time but instead having to find the energy to find a new home… AND move again.

To add to the mix, My Gorgeous Man flew off to Hong Kong the next day.  Yup, his long planned trip to keep his Hong Kong residency valid couldn’t have come at a worse time.  But it couldn’t be avoided either and off he went.

I did however manage to reach out to a couple of agents and ask every frikking person I’d ever come across here, if they knew of anywhere we could rent.  But there was nothing.  This is a very special area and as such there is a massive influx of people over the summer months coming to enjoy the mountains for their holidays.  And that leaves no room for long term rentals.

Watch out for Parts 3 & 4 of “What the F*ck just Happened…”
I’ll be sharing them over the next few days.  You won’t believe it…

PS…
Amazingly through all of this, there was an underlying flow to a new Spanish Retreat coming to life… a fully immersive weekend with me staying onsite with the group  in a renovated Cortijo, with morning yoga classes, the lovely Philip Martin from Dundee’s Natural Balance Therapy Centre (see above!) offering holistic therapies, an in-house personal chef AND 2 channellings a day!

The Universe moves in mysterious ways… as one door closes… so another opens.