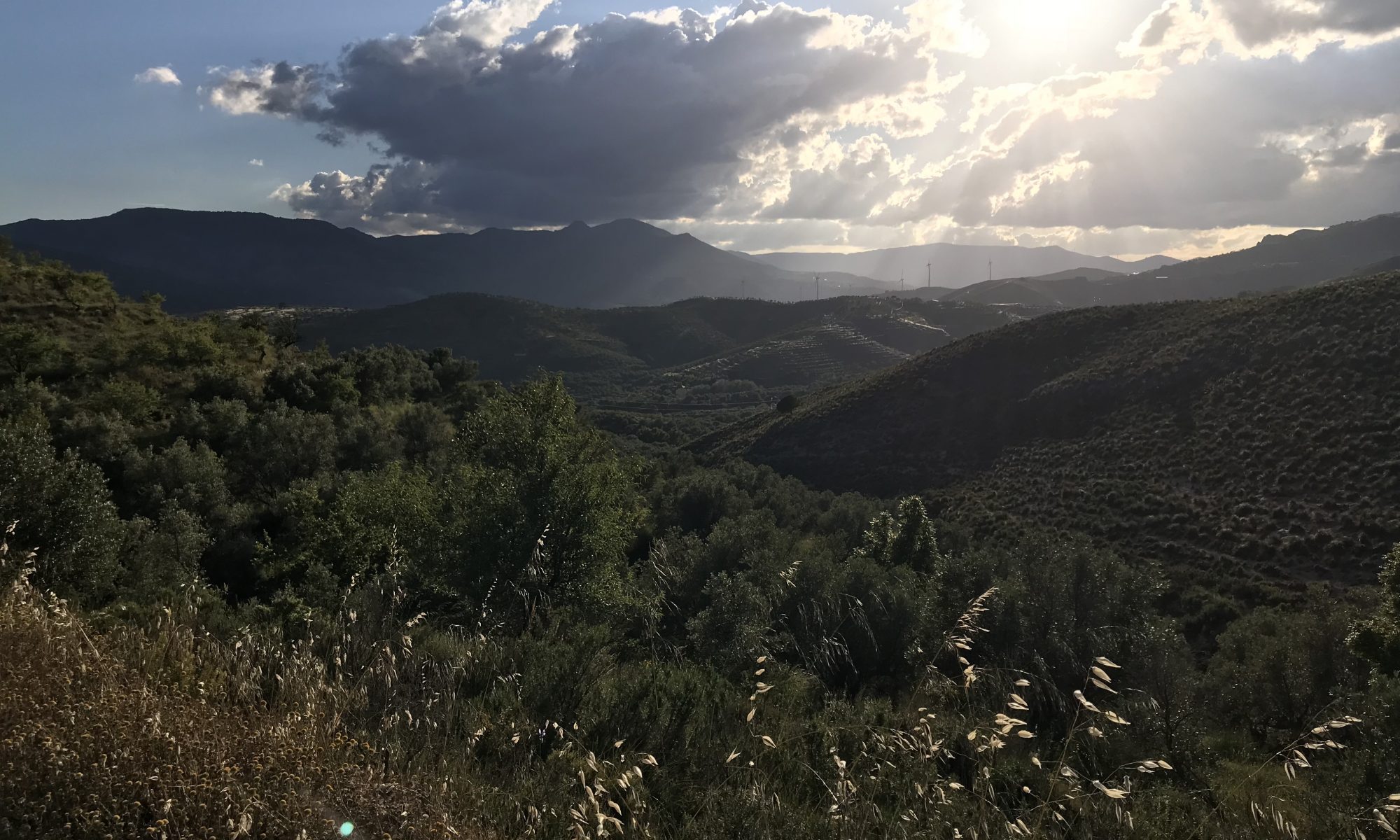 It’s been 2 months and 29 days since my last confession… ie. blog post and I’m wondering where on earth to begin.  The stories are backing up and days have merged into months… so let’s start with the fact that we manifested THE absolute MIRACLE of ALL miracles, out of seemingly nowhere

Remember how we moved into our new dream rental home at the end of February and within 3 weeks it was sold? And we thought we were going to be homeless… and then we were thrown a life line at the last minute by the new owner, who changed her mind and rented us the little casita house afterall?  Well, it had all been such a nightmare of a wake up call,  that we were shocked into action to start looking into buying whatever we could.  Perhaps a small piece of land where we could live in a caravan until miraculous abundance would rain down from the sky and start growing on nearby trees to save us.

I believe in manifesting and the law of attraction… because it does work.  But it’s not always easy to keep your vibes high and your vision alive when you’re down in the dumps and can’t see a way out.  However, our vision board and dream hadn’t changed.  We may have felt battered and bruised but we weren’t down and out.  The dream of having an off grid home that could become a retreat centre… all, of course, with my obligatory and yearned for view of snow capped mountains, was still very much alive.

We had nothing to lose by starting to look around and see what was possible.  My Gorgeous Man’s flat was still on the market in Edinburgh and only just covering its own costs through being run as an Airbnb…. but it was still weirdly unsold and a very sore topic.  I had learnt to put on my flak jacket if the flat was to be talked about and to think very carefully before I spoke.

So we started looking.  And then tried not to get even more stressed and despondent.  Even a ruin was coming in at around 50k… add on renovation and rebuilding works and the price essentially doubled.  We realised very quickly that we couldn’t even afford a ruin.  So we started doing our homework and looked at plots of land.  And we unearthed all the ins and outs, problems and horror stories of even getting planning permission in the first place.

The estate agent that we were working with, had turned out to be the agent we’d unwittingly already seen being interviewed on A Place in the Sun on Channel 4 in 2017.  We’d been addicted to that programme back then…  it had been our inspiration and reminder to keep our dream alive through the long, grey Scottish winters.  Randomly turning on the TV to catch that Spanish Alpujarra episode had felt like a mahoosive sign from the Universe to not give up on the dream during a really rotten and tough time.

The agent, Steve, was a real character and we instantly liked and trusted him. He’d been through his own journey of moving his life and family to Spain many years ago and he was totally ok with us saying… show us anything that’s really, really cheap.  He got it.  And he got on board.

So on the morning of Thursday 12th April 2018, with my April Channelling Love Retreat starting the very next day… Steve and his work partner Jack (remember that crazy house hunting trip last year?) took us to see a ruin and a ‘nave’ that had been on the market for a while… because they were a ruin… and a nave.

A ‘nave’ is basically a small shed/building where farmers can keep their tools etc for when they come to work on the land.  They are not legally liveable dwellings.  But anyway, Steve and Jack were taking us to see them, because this nave was supposedly different.  It had legal paperwork.

The ruin was a complete and utter no go… we were polite but we swiftly moved on to the nave.

It was a very bumpy drive up a rough 2km track with a rather perilous and steep drop off to the left at one point… but OMG the views down over the reservoirs and my beloved Sierra Lujar were simply spectacular.

We then had to get out and walk the remaining 10 minutes because there wasn’t legal access rights to drive along the last part of the track.  I could feel My Gorgeous Man’s hackles rise and his energy instantly upgraded into high alert mode.

I however, was just in awe of the feel of the land.

Every corner we walked round, my heart leapt.  And we walked deeper and deeper into what felt like ‘DinglyDell’ Fairy land.  There was magic there and I felt it to the core of my being.  We walked past a huge ‘whispering’ pine tree… through the tall, overgrown waving meadow grasses and then…. there she was.  The nave that was so much more than a nave, sitting in pride of place with no real neighbours and views out towards the Lanjaron and Lecrin valley.

I fell in love with her before the front door was even opened.

Despite basically being a purpose built concrete box… she had been built with love by an English woman who had lived there for quite a few years.  It had since been empty for a number of years, and the land was now wild and abandoned.  It had 80 olive trees, lemon trees, pomegranate trees, crab apple and almond trees.  The white washed building had old blue shutters, sea shells had been hand placed around the windows, some of which had funky blue and green glass panes.

And… on the other side of thick wooden front door we were amazed to find a fitted kitchen and a bathroom with full size bath!  And a massive pink chimney!  At a total of only 12m long, it was just an open living space… with no bedroom… but it had such a lovely feel to it that our initial reservations of living in such a small space were thrown to the wind.

We were told in no uncertain terms that due to the strict Spanish building laws we wouldn’t be able to extend out or up… what we saw was what we would get.  So, it came down to the question of could we basically live in the inside space of a studio flat on the side of a mountain.  Me and MGM,  with our rather large and long, rescue greyhound Sir Maxelot… all living in one room…. 24/7?

Life in Spain is about outdoor living… we would be able to create an outdoor living and dining area… but my head was also saying… hang on a minute… what about when it’s pissing down with rain, or blowing a gale and freezing in winter… I like and need my space.  MGM’s the same.  And Sir Maxelot’s as bad as the both of us.  And there ain’t no space in there.   And how on earth can I work and share channellings without any privacy?

Well… lo and behold, down on a lower terrace, there was an abandoned caravan… which I instantly claimed as the new Channelling Love office.  Phew.  First dibs won.  MGM was just as relieved as I was… we now had a bit of ‘indoor’ breathing space.

Of course there was the slight problem that there was no electricity.

And more importantly there was…

Solar power!  Yay!  Another of our dreams could become a reality.

There were weekly acequia rights to take the water from the mountain irrigation channels… but  no water flows during the summer months… and we were coming into summer.  So there was no water.

We had always said that we would never buy anywhere that didn’t have a continual, year round water supply.  Water is way more precious than gold here.

But… oh my… we loved that land and wee hoose.

AND we could even see the snow capped Sierra Nevada mountains to the north!

We’d also originally said we wanted to be higher up in the mountains with views looking down into the valleys… and the nave was admittedly in quite a low dip under the crest of a hill.

Would its location affect internet access.  Without a strong signal, I can’t work.  Fullstop.

Well… amazingly… there were 4 strong bars of 4G!  No guarantee of broadband mind you, but it was a good start.

That did it for me.  I’d already moved in, but MGM had his practical head on, and he was seeing the huge amount of work that had to be done to make it into a home for us.  And he was also mentally adding up the costs of installing solar power and bringing running water onto the land and into the house.

Through all the scenarios running through our heads and hearts the reality was that we weren’t even in a position to buy it.  We left ‘that wee hoose’ seeing and feeling ourselves living there and absolutely loving it.  We were very brave and sensible and tried to detach our hearts from it.  After all, anyone could come along with an offer and it would be gone.  Just like that.

But… this is where the miracle really kicked in.

Driving home back down that track, Scott’s phone rang.  It was his very excited estate agent in Edinburgh.

An offer of the asking price had been put in for his flat!

The Universe had well and truly spoken.

Scott’s flat had sold, literally within minutes of us finding our dream home!

It was a helluva great big Universal sign!   It was the miracle we’d been asking for….. holding out for… and trusting would come.

We were going to be able to buy that gorgeous wee hoose after all.

Next week, I’ll share the crazy domino effect that was pushed into action as we said yes to our dream home and the reality checks of what it all actually meant.  Hang onto your hats because this miracle was just the beginning!

PS.   In the spirit of my openness… I would like it to be officially known that while this photo depicts how I began to write this blog… and that I posted my partying intent on Facebook for a bit of bubble infused blogging with crisps and chocolate on the side… all remained completely untouched.  It was just too damn hot and water was the only possible consumable of the day 😉

of living the dream in 34 degrees… and loving it!